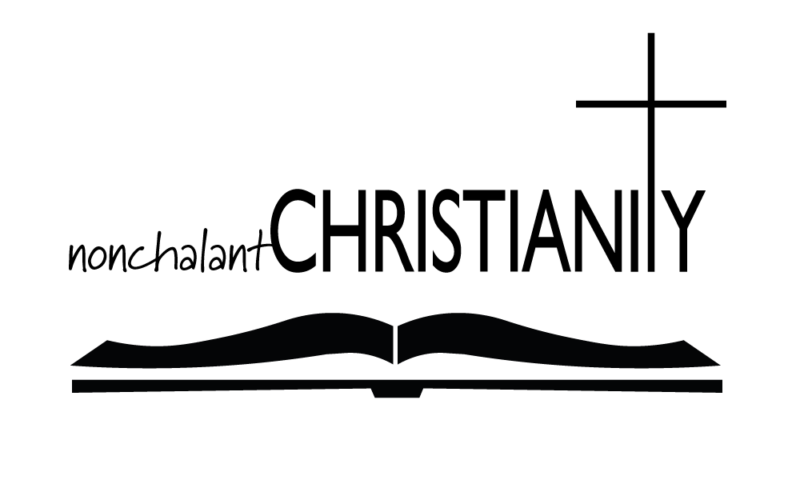 This series of articles will be written with the purpose in mind to provoke believers and churches (ecclesia) alike to examine themselves to see whether they are truly in The Faith. It is a call for all believers who are nonchalant, apathetic and complacent to wholeheartedly return to the One True God (Father, Son and Holy Spirit) in repentance (Hebrew nacham / Greek metanoeo), by changing our minds about sin and understanding Jesus Christ, His deity and His salvific work at Calvary, amending with abhorrence one’s view of this broken, fallen and fleeting world. Without the backslidden and apathetic Christian coming to repentance, God will not turn, and He will not relent, He will not turn away His fierce anger in the day of judgement (Jonah 3:9 own emphasis added). Whether we like it or not, judgement is coming upon an unbelieving earth, and the risk many are taking is absolutely heart-breaking. The bible says Choose this day whom you will serve! If a decision has not been made to turn from this world and sin in repentance, resulting in a change of nature, heart, mind and life, Jesus Christ the Author of our Salvation will hand us over to our desires. As the Apostle John says, “do not to love the world or the things in the world otherwise it will be evident that the love of the Father is not in us” (1 John 2:15).

Since it is the author’s belief that the bible is the inerrant, infallible and authoritative word of God, all examples will be drawn from the scriptures to prove that those who maintain a nonchalant and apathetic state, either by backsliding or apostatizing, may and will be in danger of hell fire. There are many that are apathetic when it comes to their salvation. We must consider eternal things, and therefore it is my encouragement that each one examine himself to see whether he is truly in the faith (2 Cor. 13:5). How can one be truly born again yet not even have the slightest desire to serve the Lord wholeheartedly? How can we say we love the Lord God, yet we do not keep His commandments? Many folks in these latter days find themselves in a state of what I will call “believing”, very similar to the kind of belief that Judas Iscariot had, a belief that even the demons have. The bible says “You believe that there is one God. You do well. Even the demons believe—and tremble! (James 2:19).

O’ foolish Galatians! Who has bewitched you that you should not obey the truth before whose eyes Jesus Christ was clearly portrayed among you as crucified? (Gal. 3:1). You see folks many “believe” because of what their pastor or priest, parents, grandparents, and friends have taught them, but the scripture is clear that mere belief, the same belief that the demons have, is not enough for salvation. How can one remain nonchalant or apathetic about Jesus, when He was the One who was gruesomely murdered and crucified on the Cross of Calvary? How can we remain apathetic when we once tasted what was good and had a proper zeal that consumed us upon repentance and belief? The promise of Jesus was that the indwelling power and ministry of the Holy Spirit would live in all those who have truly repented and believed. So, the question then is, was your and my conversion real, or was it false and temporary? Are we one of the first three seeds in the parable of the sower (Matt. 13)? Was our intention to please God or to please man? This series will seek to expose those who may have had genuine intentions but not a single fruit to show. It is designed so that those who are apathetic about their faith will desire to seek the truths of God in coming back to repentance proving a genuine Christ-Centred conversion. My prayer is that we all take a serious look at ourselves before the King of kings returns. The time is nigh.

Let us look at a story involving a rich young ruler. In the three synoptic gospels (meaning to have similar and comparative content) a meeting is recorded that Jesus has with a young, wealthy, law-abiding man who wanted to know what it took to follow Jesus and inherit eternal life.

18 Now a certain ruler asked Him, saying, “Good Teacher, what shall I do to inherit eternal life?” 19 So Jesus said to him, “Why do you call Me good? No one is good but One, that is, God. 20 You know the commandments: ‘Do not commit adultery,’ ‘Do not murder,’ ‘Do not steal,’ ‘Do not bear false witness,’ ‘Honour your father and your mother.’ ” 21 And he said, “All these things I have kept from my youth.” 22 So when Jesus heard these things, He said to him, “You still lack one thing. Sell all that you have and distribute to the poor, and you will have treasure in heaven; and come, follow Me.” 23 But when he heard this, he became very sorrowful, for he was very rich (Luke 18:18-23).

Here we see the rich young ruler engage in a conversation with Jesus. I believe the text reveals that this young man “believed” in Jesus even calling Him good and recognizing Him as teacher (as many of us claim to do) however when he was told to sell all that he had and give to the poor, the scripture says he became very sorrowful, and ended up walking away with a heart inclined not towards the One True God who gives eternal life and True riches but toward the god of this world who coaxes with lust, pride and greed. One may see this text as a works-based text justifying that when we become believer’s everything must be sold in order to “gain the favour” of Jesus but that is simply not the case. Time spent in this text will reveal something completely different.

What is happening here is a stern and thorough examination of the young man’s heart by Jesus Christ. If his heart were in the right place, he would have done what the Lord had told him. If our hearts are in the right place, we too would do what the Lord Jesus tells us to, and the transformation would be manifest for all to see. In two separate biblical accounts we see polar opposites in the rich young ruler and a chief tax collector, a man by the name of Zacchaeus. Tax collectors in the 1st century A.D. were hated, even more so a chief tax collector.  They were seen as the enemies and traitors of their very own people. They would be working for the Roman empire collecting taxes on their behalf. The majority of tax collected would go to Rome and a percentage would be kept by themselves. We see a similar hatred in the 21st century for the IRS (The United Stated of America) and SARS (South Africa) as examples. Both are government organizations who collect money owed to them by the citizens.

Take time to consider a man by the name of Zacchaeus.

Zacchaeus was a wealthy man as the scripture says, but note that he was a sinner, just like you and I. Trying to impress the Lord, he mentions that he has given much to the poor (which I think most of us boast about) and in the context says something quite remarkable. Zacchaeus says to the Lord that if he is found to have taken anything from anyone by false accusation, he would restore it to them, not only half or two thirds, but he promised to restore fourfold. He would restore fourfold to anyone he has wronged. You see the belief Zacchaeus had was different. He received Jesus with Joy (Luke 19:6 [c]). He was not like the rich young ruler. Zacchaeus knew he had to change his mind about Jesus, about himself and about those he may have harmed, seeking to restore that which few tax collectors would. This is genuine repentance. The Lord Jesus rejoices in this. Jesus said, “Today salvation has come to this house” … He says that the Son of Man has come to seek and to save that which was lost (Luke 19:9-10 emphasis added). What an amazing parallel between the rich young ruler and a rich repentant tax collector. The one could not let go and the other was more than happy to be saved from his brokenness.

What Jesus uncovered for us in the rich young ruler was an apathetic and nonchalant belief, similar to that which so many of us display today. What has happened folks? What has gone wrong? Where and why has man strayed and what has made him so apathetic towards the things of God? I believe that it may be summed up in one word: I. We have become our own worst enemies. We have become narcissistic, we have forgotten about the cross, we have gone on in a state of belief that I have to say the devil would be proud of.

What has surfaced in these latter days is a Nonchalant Christianity, a Christianity that thinks it is saved, a Christianity that thinks it can continue in sin because grace abounds, a Christianity that is not worthy of what our Lord and Saviour Jesus died for on the Cross of Calvary. It is a fact that when you meet the Lord Jesus, He changes your life. He changes your nature, the way you think and the way you live. Take a quick look at Peter, Paul, the Apostle John, John the Baptist, Barnabas, Timothy, Titus and many more. They were all transformed, from being sinners to being servants. Folks, the question is, when you met Christ and “believed”, was it a meeting that mirrors that of the rich young ruler? Have you borne any fruit, and have you actually tasted what is good? Such a salvation must be questioned! Would you say you are at that point of being backslidden, a point of being unregenerate and nonchalant or can you honestly sit today, in examining yourself and say “I met the Lord Jesus in true repentance and true belief, my life was changed and transformed drastically and supernaturally, and I live my life for Christ, like that tax collecting sinner, Zacchaeus.

These questions must be asked folks. Too many of us have believed in a manner whereby we “assume” that our commitment to Christ say 20 years ago would save us or that even our traditions, pastors and families would save us. Apathy is the most dangerous place to be in as a believer in Jesus. Please do not be fooled, the Lord’s death was for the remission of sins, for transformation, for a new life, for the Spirit to indwell those who believe, to display the majestic and salvific work of the triune God, to show that a dead man has been made alive, to bow and worship Him who is worthy, Him who gave everything for us, hoping and praying that our offerings, praise and sacrifices may be worthy, pleasing and acceptable to Him alone. That is what the Messiah died for! That is what my Saviour died for. That is what I suggest we all start living for. Come away from your apathy Christian. Recommit your life to Christ and seek transformation and life. He is coming soon to judge the living and the dead. He knows your heart better than anyone else does. Do not be found wanting, nonchalant and apathetic at His return (Rev. 3:16).